Donate
Give Now
Sponsor a Student
Events
Donate a Vehicle

Home » About Us » Leadership 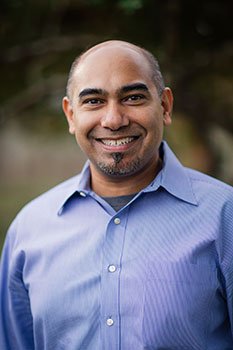 George began as a volunteer in New England in 2003 – eventually serving the Connecticut program in administrative, teaching, and counseling capacities for 2 years. During this time, he was licensed as an AG minister and helped birth an inner-city, “Teen Challenge church” near the New Haven campus. In 2006, George became the business administrator for Teen Challenge USA in Springfield, MO. He earned his Doctor of Ministry Degree from the Assemblies of God Theological Seminary. For his dissertation, George authored the Teen Challenge USA Best Practices Manual. With a passion to reach the 1.5 million drug and alcohol addicts in his home state of Texas, George joined Adult & Teen Challenge of Texas in June 2009. George’s spiritual gifts are teaching and administration and he finds the following traits as essential to working at Teen Challenge: dependence upon God, commitment to students, and ability to operate in a team environment. George earned his bachelor of science, majoring in Biology and Christianity, from Houston Baptist University. In 1999, he earned his Master’s in Business Administration at University of Houston, concentrating in accounting and subsequently working as an accountant for various Fortune 500 companies in Houston prior to joining Teen Challenge. He and his wife Dolly, along with three daughters and 1 son, live in San Antonio. 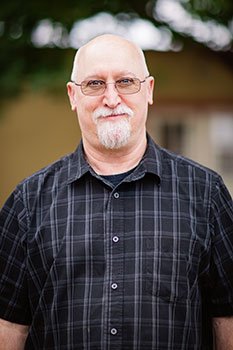 Tony came to Teen Challenge in August 2003 as a result of 25 years of drug and alcohol abuse and a diagnosis of Bi-Polar disorder, anxiety disorder, manic depression and PTSD. Tony graduated from Teen Challenge in September 2004 and has worked with the ministry since that time. Tony current serves as the Business Manager and really enjoys his work. He says “I just love the Lord and like working for the Adult & Teen Challenge of Texas Ministry and serving others!” 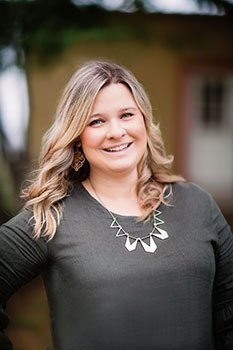 Sarah and her husband Austin are both graduates of the San Antonio program and have worked with the ministry for over 10 years. After graduating high school, Sarah fell into addiction and her family called upon Teen Challenge for help. She successfully completed the program and was hired on as staff. She is currently a Certified Minister with the South Texas District of the Assemblies of God. Sarah’s life is a testament of what the Lord can accomplish and how He uses Adult & Teen Challenge of Texas to make a difference in people’s lives. Truly anything is possible with God! 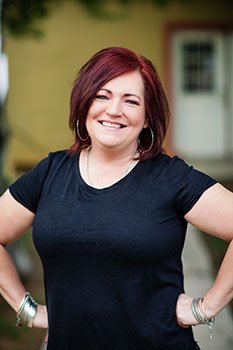 Kim began her journey with Teen Challenge when she was given the opportunity to join the corporate staff in early 2009. Kim enjoys sharing God’s love and compassion to employees and students alike. Kim was born into a Christian home in North Carolina. She graduated high school in 1985 and went on to earn her Associates in Business Administration. Kim moved to Texas in 1997 and is blessed with two beautiful daughters. 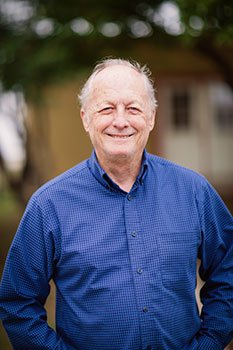 Tom came to Teen Challenge in San Antonio in June, 2007 as a student. After graduating, he served in a staff role, fulfilling the desire God has given him to ‘give back’ to this ministry of recovery, restoration, and reconciliation. Tom holds a BS degree from the University of Houston and spent 27 years in construction management. As a staff member, the Lord has allowed him to participate in ministering to students, helping to plan and organize special events, and serving in the corporate office with a group of leaders whose sincere desire is to serve God and facilitate the recovery of the students at Teen Challenge. 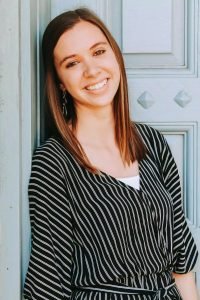 Hadley was raised in San Angelo, Texas, where she fell in love with Jesus and the local church. After high school, she went to The University of Texas at Austin. While there, she studied Human Development and Conflict Resolution. She moved to San Antonio after she graduated and is newly married. She is currently studying clinical counseling with the hope of someday helping to bring transformation and restoration to those who battle mental health issues. She is passionate about fighting for those who may often be overlooked by society; she wants them to know that they are never overlooked by God. 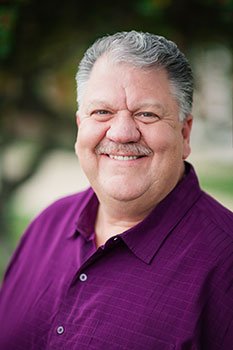 Over the last 20 years, Greg has led ministries involved in missions, worship, prayer, and curriculum-writing. Greg served on the pastoral team of Fairmeadows Church over the last 5 years, while writing curriculum for Sampson Ministry. As a pastor, Greg referred numerous individuals to Teen Challenge over the years until the Lord called him to serve full-time at the Azle campus in March 2016. Greg holds a Bachelor of Christian Studies from Christ for the Nations and a Bachelor of Arts in Culinary Arts from the European Institute of Culinary Arts. Greg is married, has two sons and a daughter, and three grandchildren. 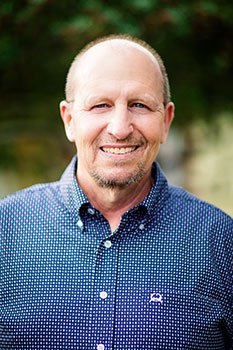 From early adolescence until he entered a Teen Challenge program, Maynard Sweigard was himself a troubled boy. In 1974, he graduated Teen Challenge, a new man. He decided to enroll in the Teen Challenge Ministry Institute, which was started by David Wilkerson, the founder of Teen Challenge. After graduation he was ordained and went on to pastor two churches. He also served as a Jail Chaplain. With a heart for helping troubled boys, like he was as a teen, Maynard founded a residential program for boys in Florida, building it from ground up to a thriving program. In 2017, he was called to Texas to put the same kind of energy and vision into New Hope Boys Home. Maynard and his wife Barbara, married 43 years ago, have two grown sons, Nathan and Aaron, who also work in full-time ministry. 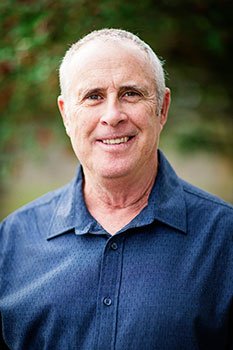 Rodger and his wife Monica were called to Texas with a burden to stay involved with Teen Challenge. Today, he is grateful to have helped launch and now serve as the Director of the Round Rock THRIVE Girls Academy. The adolescent girl’s program is dear to Rodger’s heart because his daughter once struggled with addiction and was enrolled in a similar program that God used to heal their broken relationship. Rodger says he loves the ministry work of helping men, women, and teens get their lives back on track. 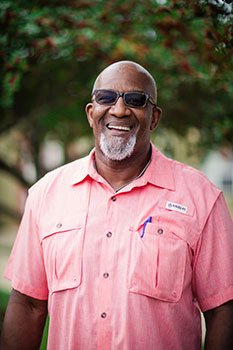 Jonathan was raised in Louisiana and after graduating high school attended McNeese State University on a football scholarship where he majored in business administration. Jonathan played two years of professional football and later attended the State of Louisiana Law Enforcement Academy where he received a state commission and worked as a narcotics agent. Jonathan entered Adult & Teen Challenge of Texas in February of 2000 where he received Christ as his Lord and Savior. After completion of the program, Jonathan served as a staff member in several roles and in 2015 became the campus Director of the Brenham program. He and his wife Mary have one son, three daughters, and one grandson. They consider it a privilege and an honor to serve and to be instruments used by Him in the process of transforming the lives of men that were without hope. 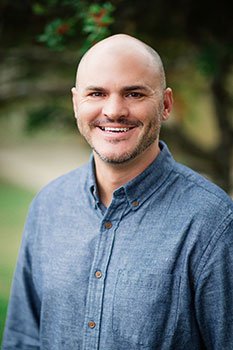 Austin is credentialed as a minister, has over 12 years’ relevant experience in the mission of Adult & Teen Challenge of Texas. He serves as a minister to the students and staff of Adult & Teen Challenge of Texas and has extensive knowledge of various treatment programs and believes the only permanent solution to addiction is through a personal relationship with Christ.

Austin has been a part of Adult & Teen Challenge of Texas since 2006. He has traveled to assist in the training of ATC staff in Zambia, Jamaica and most recently Fiji. He has been married for over 10 years to Sarah Baughman, has two daughters, and resides in the San Antonio area. 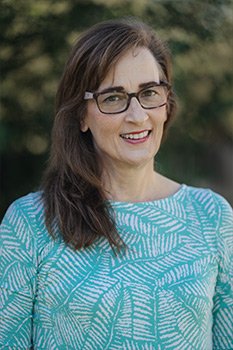 Born and raised in San Antonio, Amy married and moved to Germany. After completing a Master’s in Communication in Germany, working in children’s animation and family radio, she returned to San Antonio to complete a Master’s in Counseling and become a Licensed Professional Counselor. “Women struggling with life controlling issues have always been my focus. God created the family unit, so it is an honor to witness to the goodness of God; how the Lord heals and restores families here”. Amy has experience in residential recovery treatment, psychiatric hospital and outpatient settings. She first came to Adult and Teen Challenge of Texas, San Antonio Women’s program in 2020, answering a call on her life to serve the Lord. She says “everyday we witness how God’s transforming love brings new life, hope, healing and lasting change through His son who saves to the uttermost!” 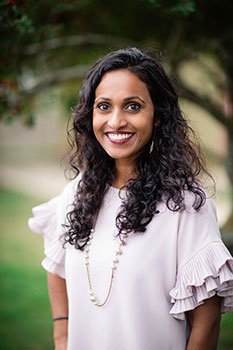 Dr. Dolly Thomas is a wife, mom, clinical psychologist, speaker and ordained minister. In 2013, she founded Transform Counseling to bring God’s love, truth and healing to the broken and hurting. Since 2009, she has ministered to the staff and students of Adult and Teen Challenge of Texas, where she currently serves as the Director of the Women’s Program in San Antonio. Her greatest joys in life are being married to her best friend, George Thomas, President of ATCOT; raising their four incredible children, Jadyn, Liana, Caris and Luke; and seeing a soul added to the Kingdom of God. 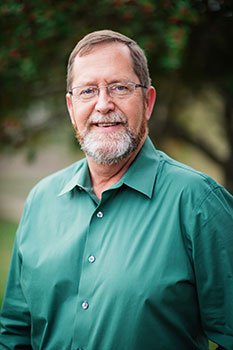 Tony grew up the youngest of three children near Birmingham Alabama. He says he “ran from God’s call on my life for many years–I call it my wilderness period, until I finally surrendered my will to His.” Tony retired early from AT&T to pursue work in the ministry of Alabama Teen Challenge, working with them from 2012-2019 before accepting the role of Corpus Christi Men’s Director. He is married to Theresa, who goes by the nickname Tessie, and is a father, Pops (grandfather), former youth pastor, but most of all a follower of Christ. 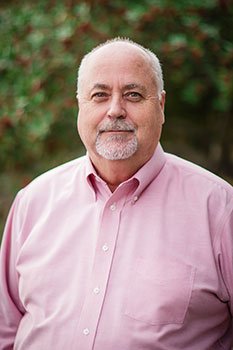 Rodney’s heart for the ministry of Teen Challenge started while he was still working in Corporate America. In 2007, Rodney retired from his long career, and began working with Adult & Teen Challenge of Texas. He has since served in several capacities, giving him a broad knowledge of the ministry. Rodney is passionate to help people, and his greatest reward is watching lives change on a daily basis.

“Adult & Teen Challenge is one of the most successful programs in our country.”

“Adult & Teen Challenge works. It is effective; it is literally changing the lives of young Americans from every walk of life.”

Founder, Focus On The Family

“Adult & Teen Challenge has a far better record of dealing with people in difficulty than do the bureaucrats.”

“I truly admire Adult & Teen Challenge because of its loving, life-giving assistance to individuals who are bound by life-controlling addictions.”

“Adult & Teen Challenge is one of the most successful programs in our country.”

“I truly admire Adult & Teen Challenge because of its loving, life-giving assistance to individuals who are bound by life-controlling addictions.”

“I have not seen a more effective organization in leading hurting people to life transformation.”

“Adult & Teen Challenge is doing the job that others only talk about.”